Do you miss the analogue years of the 1990s? Do polyamide raincoats, “short hair in the front and long hair in the back” hairstyle and smart cameras with flash bring tears in your eyes? Today, thanks to the upcoming release of “How I Became a Gangster. True Story” (on 3rd January), directed by Maciej Kawulski, we will present you with a kind of back to the past.

Tracksuits, patterned shirts, leather jackets, low-life locations and a plenty of blood. See the photos on which Marcin Kowalczyk, Natalia Szroeder, Natalia Siwiec, Tomasz Włosok, Adam Woronowicz, Jan Frycz and Janusz Chabior are portrayed as the Polish mafia people while their women are dressed in outfits which would delight every enthusiast of fashion recycling. Paweł Jaszczuk is responsible for the cinematography. 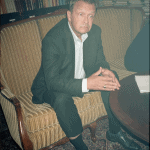 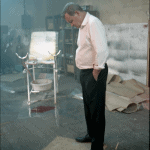 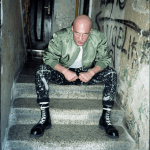 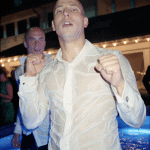 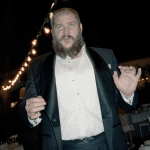 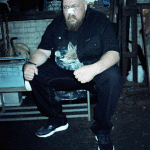 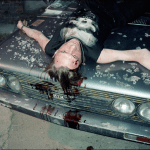 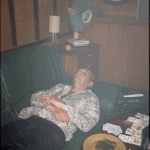 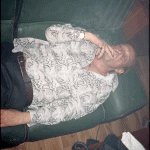 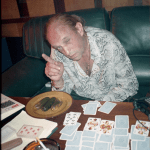 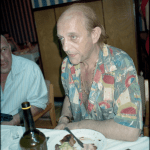 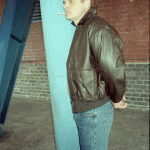 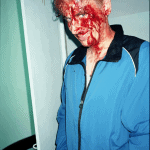 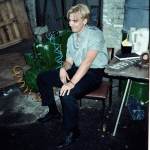 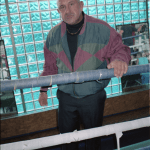 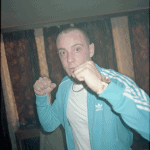 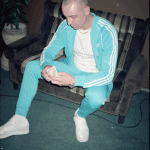 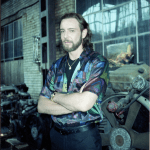 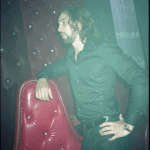 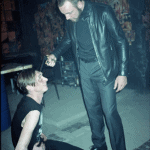 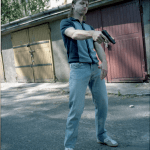 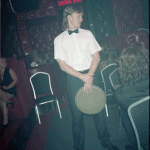 “How I Became a Gangster. True Story” is a novelty in the Polish motion picture industry – a gangster ballad seasoned with a plenty of humour – according to the leading actor, Marcin Kowalczyk. The production, which will change the popular view of Polish mafia, is the second film by Maciej Kawulski, whose debuting “Underdog” attracted over 900 thousand viewers.

“I watched “Alfabet mafii” when I was in the middle school and the only thing I remember is that “where Rules have their end, Pruszków begins”. I remember “Pershing” dancing in a flowery shirt at some disco club. And this is how I perceived Polish mafia of the 1990s, the splendour, those colourful shirts – this flowery ruthlessness. This is how I perceived it. At first, I had difficulties seeing myself as a gangster, especially as I am far from the image of a person who can be feared. However, Maciej Kawulski kept saying that the best gangsters were not the ones who were beating the hell out of others, but those who were not afraid to take the beating and who always got up. They were ruthless, brutal and did not hesitate to use their guns. Those were ordinary young men who would rather not be able to scare anyone in the street,” says Tomasz Włosok, or Walden, the main character’s best friend.

“How I Became a Gangster. True Story” is a film about friendship and love in the times when letting your emotions take over may be fatal. Only two people really matter in the life of our protagonist – his best friend and his beloved woman, while his business is ruled by violence. The film’s plot begins in the 1970s – this is the time when the young protagonist already knows that adrenaline tastes better than milk powder. With time, he also discovers that what he desires most is money, power and being above the law. His transformation begins and his gangster talent flourishes. Together with his friend, he builds his own army. Based on a true story, it shows for the first time the true face of Polish mafia people: they started it dressed in cheap tracksuits and established a criminal organisation, which, for some time, ruled the entire state. However, the end of the story is not marked by bullets and blood – sometimes words can hurt more than a bullet, while love and friendship can be the cure, even in the most cruel hands.

The leading role in the film “How I Became a Gangster. True Story”is played by Marcin Kowalczyk (“Jesteś Bogiem”, “Hardkor Disco”). He is co-starred by Tomasz Włosok, playing the closest friend Walden, and Natalia Szroeder as Magda, the beloved woman of the protagonist. This is the big screen debut for the singer, well-known in the phonographic industry. Also featuring Natalia Siwiec, Józef Pawłowski, Mateusz Nędza, Waldemar Kasta, Piotr Rogucki, Anna Krotoska and such recognised stars of the motion picture industry as Jan Frycz, Janusz Chabior and Adam Woronowicz.

The book entitled “How I Became a Gangster” is already available in the bookstores – this is not a profit-focused “confession” of a repentant thug. This time, the anonymous gangster who has no intention of retiring, whatsoever, reveals the secrets of his profession during the interview with Krzysztof Gureczny, overwhelming his interlocutor with the brutality of the details. The reader will get an updated image of the mafia world seasoned with anecdotes from this “industry” and an original sense of humour.