The age of Greek heroes and Egyptian gods has come to an end. Slavic mythology has arrived big time! All because of “Magic Fern Flower” – an adventure fairy tale, which has just finished shooting. The hypnotising world of the old pagan myths of the Slavic people will be introduced by: Janusz Chabior, Piotr Głowacki, Sebastian Stankiewicz and Laura Breszka (among others). The film is directed by Sebastian Kwidzyński and Marta Filipiak, and it will hit the screens in 2023.

“Magic Fern Flower” is an exciting story intended for children and their parents alike. Based on a fairy tale by Józef Ignacy Kraszewski, the film will additionally feature characters from Slavic mythology. In addition to the main character, Jacek, who will be looking for the mythic flower, you will also get to see a Lubberkin, Will-o’-the-wisp, the devil Rokita or a Striga.

Persuaded by the herbalist, Jacek goes out in search of the fern flower. According to Slavic beliefs, the flower will bestow eternal fortune onto anyone who finds it. The boy is poor, and he wants to use the flower to save his sick sister. To do so, he will have to face the many dangers of the forests. Including cunning demons. Jacek’s greatest fight, however, will be with himself. Will he be able to find the fern flower and stay true to his values? 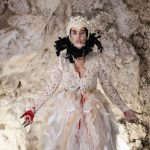 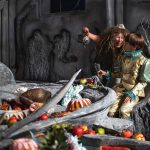 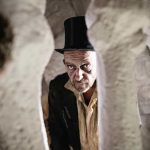 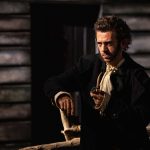 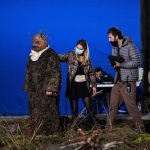 – We were asked many times why we had decided to film “Fern Flower” in particular. The answer is simple: we wanted to go back to the world of childhood, magic and fairy tales. “Fern Flower” is a tale about the first steps and choices, about the path to maturity and about desire and love. These are the challenges many people have to face when they are young – says the producer, Marta Filipiak.

“Magic Fern Flower” is a combination of excellent acting, advanced computer techniques and enormous, handcrafted sets – a cave sprawling across over a dozen meters or dozens of scenery sets showing dark forests, swamps or villages. In the spirit of sustainable production, all parts of this magic world were created mainly by using materials from recycling and upcycling.

Everyone wanted to star in a film made with vision and passion. The cast of the film includes Janusz Chabior, Piotr Głowacki, Sebastian Stankiewicz, Laura Breszka and Jerzy Bończak (among others). The main character, Jacek, is played by Staś Kotwicki, who is making his debut on the big screen.

The screenplay was written by Katarzyna Płońska, and the film was directed by Sebastian Kwidzyński and Marta Filipiak. Although all three of them have produced films and shows for many years, this is the first time they get to write and direct a feature film. “Magic Fern Flower” is produced by Fundacja Czarny Karzeł. Co-producers include Grupa Moderator Studio Filmowe Sp. z o.o., Wytwórnia Filmów Dokumentalnych i Fabularnych and Fixafilm Sp. z o.o. The film will be distributed by NEXT FILM.